This site uses cookies. By continuing to browse this site you are agreeing to our use of cookies.

Calabria, situated in the south western corner of Italy, south of Naples, with only the Strait of Messina separating it from the delightful island of Sicily, is one of Italys best kept secret amongst the multitude of Italians looking to escape the heat of the city during the month of August however it is only recently that the region has come to the attention of overseas investors and tourists. The character of this beautiful region is formed by its breathtaking disparate landscape of mountain ranges; Aspromonte and Serre to the south and Pollino to the north, the central Sila plateau and miles of coastline with unspoilt sandy beaches, secluded coves, dramatic cliff faces and charming traditional villages and established resorts such as Scalea, Tropea and Zambrone, where everything stops for siesta. The region comprises five provinces, each with its distinctive character. Reggio Calabria, was historically capital of the province and is still the seat of the regional parliament, however Cantanzaro has been the capital of the region since the 1970's.

Of course Calabria is never complete without sampling the local food. Head for the main piazza and tuck into dishes such as sagne chine - lasagna with artichoke and meatballs and for your dessert try tartufo - a delectable ball of chocolate ice-cream with zabaglione centre.

When the Sunday Times placed Calabria in the number one position for its 2007 review of the best beach holidays in the world everyone's attention turned to the southernmost region of mainland Italy dubbed the toe on the Italian boot. What they discovered was that Calabria is the most stunning and as yet least discovered region of Italy. To further emphasize this, a survey commissioned by SAGA into Britain's favorite European holiday hotspots, toppled Spain's traditional supremacy and Italy came out as the Number 1. With extensive media attention, Calabria is fast becoming the most fashionable location in Italy to be seen, to holiday, live, invest in property and to soak up the year round sun. Why, therefore, has this spectacular region of Italy with its hundreds of kilometers of coastline, its rugged mountainous backdrop, fabulous Mediterranean climate, incredibly fascinating history and breathtaking natural landscape managed to remain hidden from you for so long? Even though global fashion legend Gianni Versace put it on the map when it became known Calabria was his birthplace it took the Ryanair effect to make this sun-kissed and perfect corner of Italy affordably accessible. Now, thanks to the expansion and promotion of the regions three airports, together with further cheap flight operators from across Europe targeting the area, transportation links are now well established. Combined with the sustained and concerted effort of local government and Euro funding to improve the infrastructure

If you diligently assess the top of the statistics to locate your ideal property investment then Calabria in Italy will most definitely be on your short list. In 2006 the Country was voted 5th top world tourist destination by the World Tourism Organization with 41.4 million visitors, and this year a number of overseas property professionals have given southern Italy the thumbs up for buyers. The market is flourishing as more people seek to invest in established markets where there is affordable opportunity and long term potential for strong profitability. Where these pockets of opportunity exist, prices are rapidly rising as is the level of interest among clients who are seeking the best located, highest grade properties which have the strongest appeal for maximum rental demand and capital growth.

Emerging market in a established country.

One of the most popular beach destinations in Europe.

Prices are relatively low compared to the rest of Western Europe

In this region the maximum spring temperatures in March - May from 17 deg, rising to 24 deg. C. In June - August maximum temperatures can go as high as 41 deg. C, which is why the siesta was invented. Autumn is much the same as spring, and then in the winter maximums can dip as low as 15 deg. C in January and February. In a similar pattern, a graph of sunshine hours would show a natural progression from 4 hours in the winter right up to ten hours in July. Rainfall patterns are pretty well a reverse of this; down to six or nine Millimeters in the summer and peaking at 63 millimeters in January or November.

The main point of entry for visitors is Lamezia Terme airport on the west coast. Forget the huge crowds and long queues as you are handled efficiently in this small but well equipped modern international airport.

Ryanair currently flies out to Lamezia Terme four times a week from London Stansted, with a flying time of just over 2 hours. Air One and Alitalia fly direct from London City. Similarly Thomson Fly has a once weekly service from both Manchester and London Gatwick Airports, with flights from Club Air starting soon. Lamezia Terme is the main international gateway for Southern Italy Calabria and also offers flights to:

The airport of the straits, as it is known because of the fabulous view across the strait to Sicily, has recently undergone a major renovation and expansion, and handles most domestic flights, offering services to: Rome, Milan, Venice, Bari, Bologna,

Turin, Verona and Milan, as well as an international service to Malta.

Sicily is just seven miles away from Reggio di Calabria across the Straits of Messina and there are a large number of hydrofoil-type fast ferries, and more traditional boats providing regular services in both directions.

From Sicily it also very straight forward to sail across to Tunisia, or you can stay closer to home and visit a number of the delightful Aeolian islands such as Lipari, Salina and Vulcana, all of which are on ferry routes out of Reggio.

Reggio di Calabria is the most southerly part of mainland Italy to have a train link, and there are daily services from the lovely 1930â€™s station northwards to Naples and Rome.

As you head down the main road one of the first main towns you will come to, and one of the three major popular centers in Calabria, is Coszena. Situated well in-land, it is famous for cultural institutions, in particular, a beautiful 12 century Romanesque Cathedral, one of the best preserved sacred buildings in Southern Italy. The historical centre boasts finely renovated palaces and medieval squares.

Heading on further south you soon come to Tropea. This beautiful little town has an extremely impressive beach - The Sunday Times highlighted Tropea at number one spot in its Top 20 Beach Holidays report in January 2007. It boasts its own Romanesque-Norman cathedral and the Santa Maria dell'Isola sanctuary. On a more practical note it is also known for its sweet red onions, and nearby Capo Vaticano, is every bit as beautiful.

Next stop on the coast is Scilla which rejoices under the title of the pearl of the Violet Coast. This little town lives up to its name particularly that side of the town the faces the sea. That said, facing the sea might not be such a good idea in Scilla, which gained its name from the mythical dog headed woman monster who ate sailors and was recorded by Homer in the Odyssey. In case of emergency head up towards Ruffo Castle (1255) .

Not many miles further south, and pretty well on the tip of the toe is Calabria's oldest and largest city; Reggio. Well worth a visit for its beautiful old architecture and elegant seafront with panoramic views across the Strait of Messina to Sicily. A place to head for and somewhere particularly restful in the heat of the day are the town's botanical gardens. Reggio, complete with its 3,000 years of history, boasts its own fine Argonian Castle and bringing things up to date, a number of fine art nouveau buildings. In between these towns and endless beaches dotted along the coastline, some of which need to be accessed from the rustic lanes and vineyards. 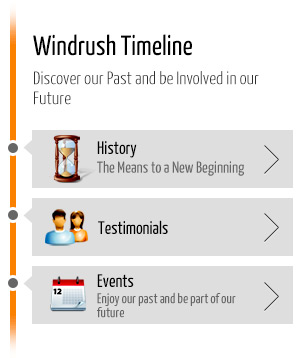